Today’s conditions were brisk, with a swiftly building breeze. As the wind built, and the stakes soar, so did the excitement. Aggressive starts, dial ups and duels gave the spectators on the pier a thrilling show.

Regardless of their positions tomorrow, one thing is for sure: all three past victors have secured a spot in the semi-finals, which starts tomorrow, Saturday April 6.

A battle remains for that coveted fourth berth. Nick Egnot-Johnson (NZL), who faltered yesterday after a strong start Wednesday, rebounded today with three wins, giving him a one point advantage over Scott Dickson (USA), and two points over Chris Poole (USA).

Two final Round Robin races will determine which skipper stays, and who goes home.

After a solid day, with just one loss, Egnot-Johnson was optimistic, saying, “It’s all on for tomorrow.” But the most fun he had all day, he confessed, was winning the Junior Congressional Cup.

Each year, competing skippers are teamed up with youngsters from the LBYC Junior Sailing Program. They compete in FJs, with the Juniors at the helm, each with one of the world’s top match race skippers as crew, in Alamitos Bay.

After a practice race, the gunshot rang: competitors lined up for the start, and dashed around the course as parents cheered from the LBYC deck.

“It’s great to have great people racing with you; it makes you have a better chance of winning,” said triumphant Junior sailor Nicky Lech, 11, adding his crew, Nick Egnot-Johnson, “showed me where to go on the course, and that brought us to first place.”

Perhaps that’s a good omen for tomorrow. At the conclusion of the Round Robins, the top four teams advance into semi-finals; then the fleet will race back to the yacht club for dinner and karaoke night. Sunday will be the concluding petit final and final series for the prestigious Congressional Cup trophy and honors.

The Congressional Cup was founded by Long Beach Yacht Club in 1965, setting the standard for top-level match racing worldwide, and pioneering the concept of on-the-water umpiring. Teams race aboard a fleet of one design custom Catalina 37s, equipped and maintained to exacting standards, to guarantee fair competition.

Enjoy the races from 11:30AM to 5PM daily at the Congressional Cup Stadium, a designated course off the Long Beach Belmont Veterans Memorial Pier. Spectators will find parking, amenities, seating and live commentary by Tucker Thompson. Or, watch the live-streaming coverage and features, plus nightly press conferences on Facebook @CongressionalCup and the event website: http://www.thecongressionalcup.com 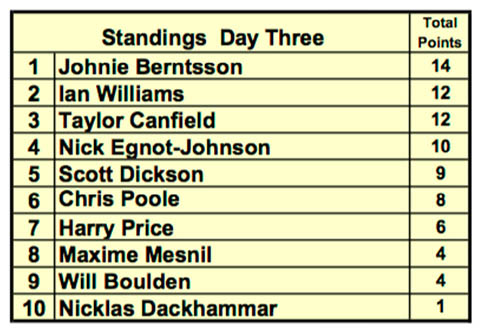 55th Annual Congressional Cup hosted by Long Beach Yacht Club Established in 1929, Long Beach Yacht Club is recognized as a leading club in the international yachting community for its commitment to excellence in yacht racing and innovation in race management. Congressional Cup, the club’s signature event, now in its 55th year, is the preeminent match racing regatta in the United States and considered the Gateway to the America’s Cup. In December 2018, the Royal New Zealand Yacht Squadron accepted Long Beach Yacht Club’s challenge for the 36th America’s Cup, to be sailed in Auckland, New Zealand in 2021, where the Club will be represented by Stars + Stripes Team USA. In addition to hosting numerous local, national and international yachting events, the Club’s member families enjoy a year-round calendar of social, yachting, and junior activities at its beautiful clubhouse on the shore of Alamitos Bay.